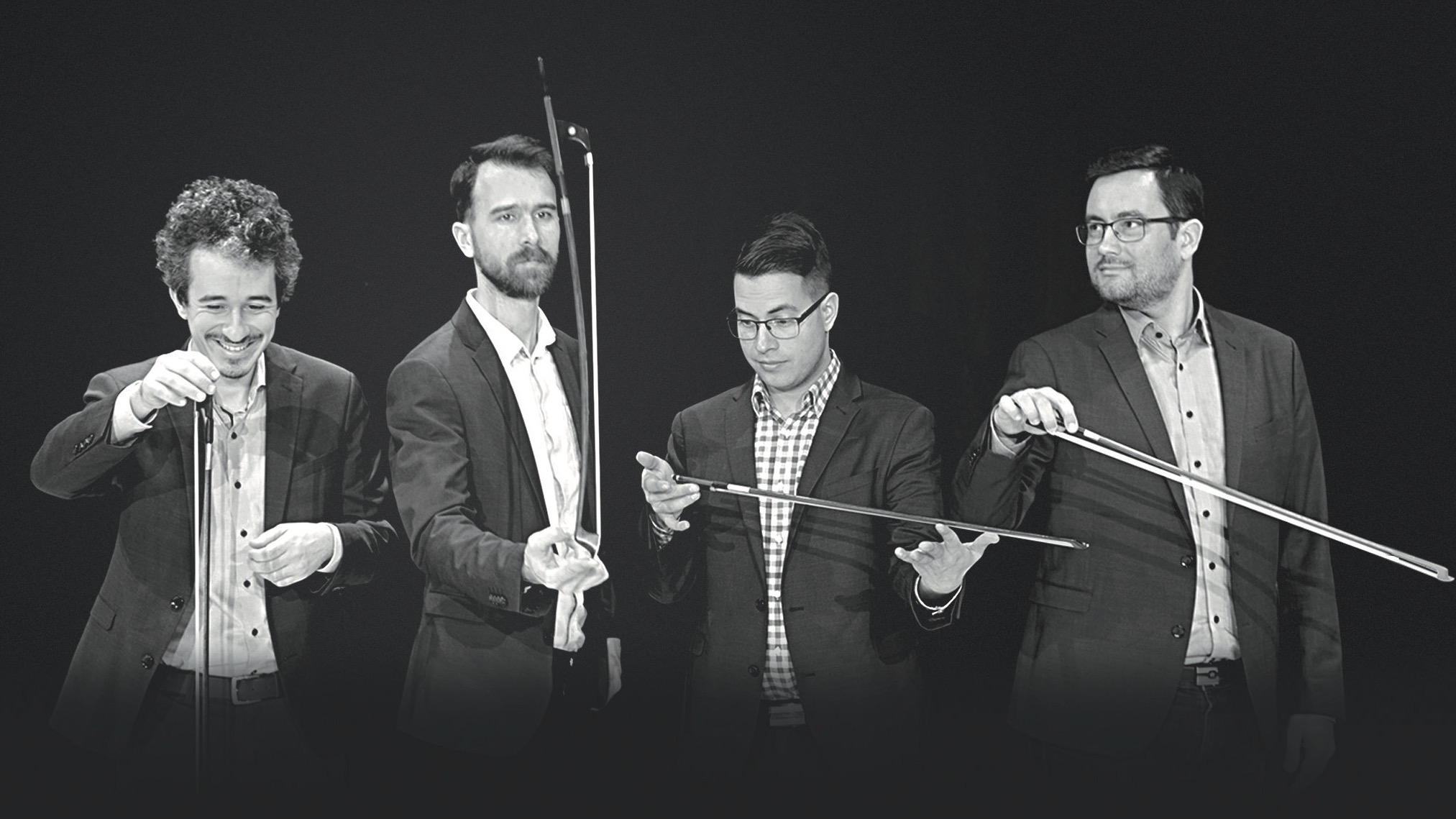 We were glad to listen to Ifjú Szivek Traditional String Quartet’s first release in November 2020. The album has a puzzling title that mostly refers to the chess world. Giuoco piano is the Italian term for one of the oldest and most famous chess openings, that dates to the early 16th century and translates as quiet game. The string quartet has been playing for the Ifjú Szivek Dance Theater and that is where it takes its name from. Regarding the Dance Theater, it defines itself as one of the most significant companies in the Hungarian traditional dance revival movement and in the Hungarian dance and cultural life of Slovakia.

The participation of Sándor Kuti on cimbalom transforms the quartet into a “Romantic Quintet” in the homonymous piece. 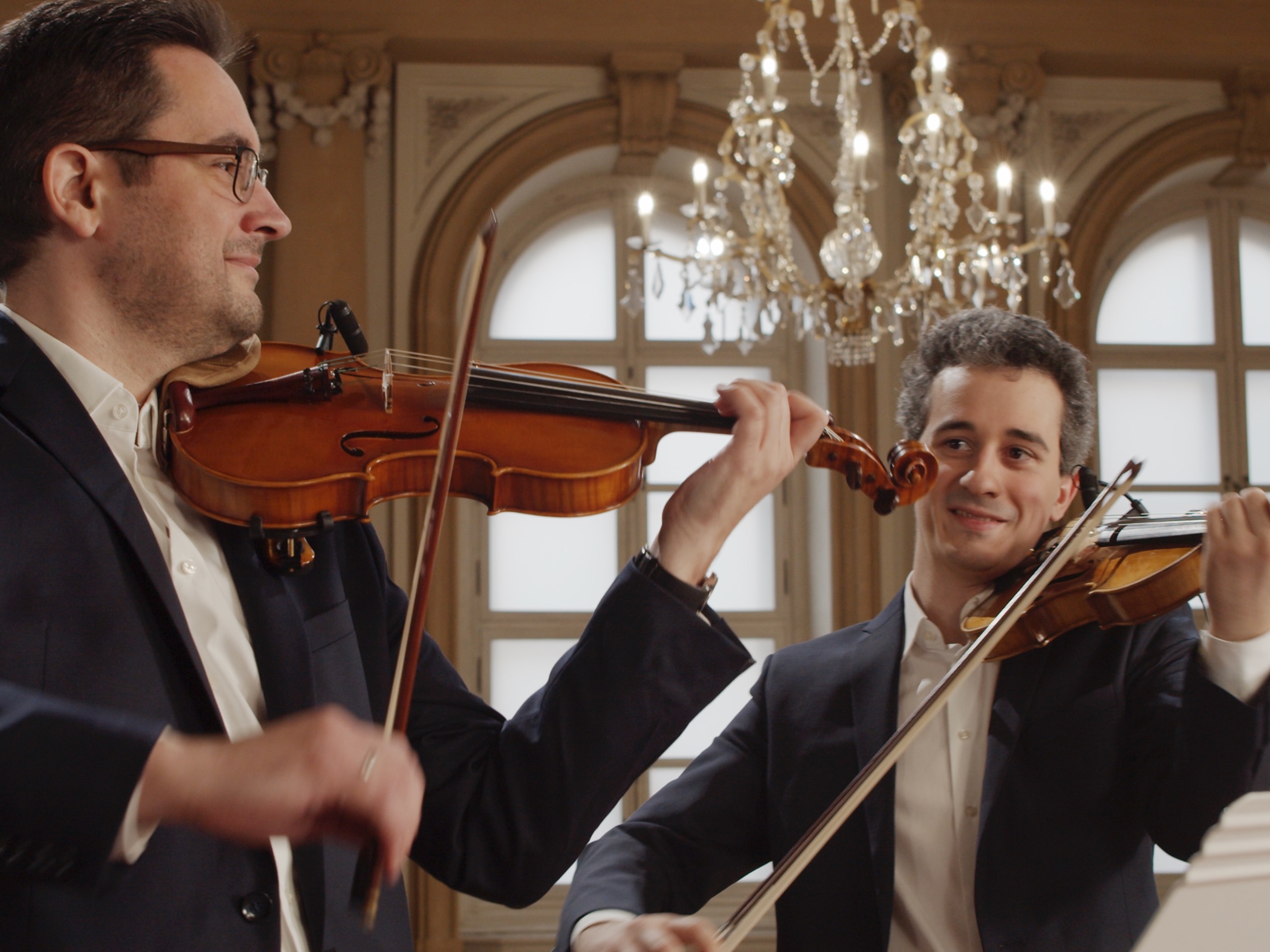 The ensemble performed their album debut concert in Primate's Palace, in the Old Town of Bratislava and a video was shot, which was broadcast on the 13th of January 2021. While it is significant for a listener to focus just on the music, it is also a pleasure to watch musicians while they create magic. The band's stage presence was concentrated but also joyful and most importantly unpretentious. The ensemble used sheet music for their play, but they didn't really need it in their Romantic Quintet. In case you have missed the concert, you can still find some small video excerpts in the social media of Ifjú Szivek Dance Theater.

What about the music?

In most of the cases somebody could recall, it is the classical music world that approaches and processes the folk material. However, here we have a different scenario. The unusual advantage of the band is also what constitutes its main characteristic. We see a potent string quartet consisted of folk music insiders, which means that, among other things, we can enjoy one of the things most difficult to describe but so easy to distinguish: the folk color.

The folk and the classical elements are artistically blended in the compositions and convincingly interpreted. The moments of virtuosity lean more to the folk style rather than the classical.  Complex themes are developed with sophisticated harmonic movements. Themes change frequently and often unexpectedly. Insistent tuttis, harsh intonation, dissonant counterpoint, harmonic development, cheerful melodies, escalading grooves; all are waiting to be discovered. The band possesses very well the know-how of making people getting up from their seats. Therefore, the groovy viola & double bass rhythm section, along with the violins that skillfully converse in the melodic section, will be very much enjoyed. 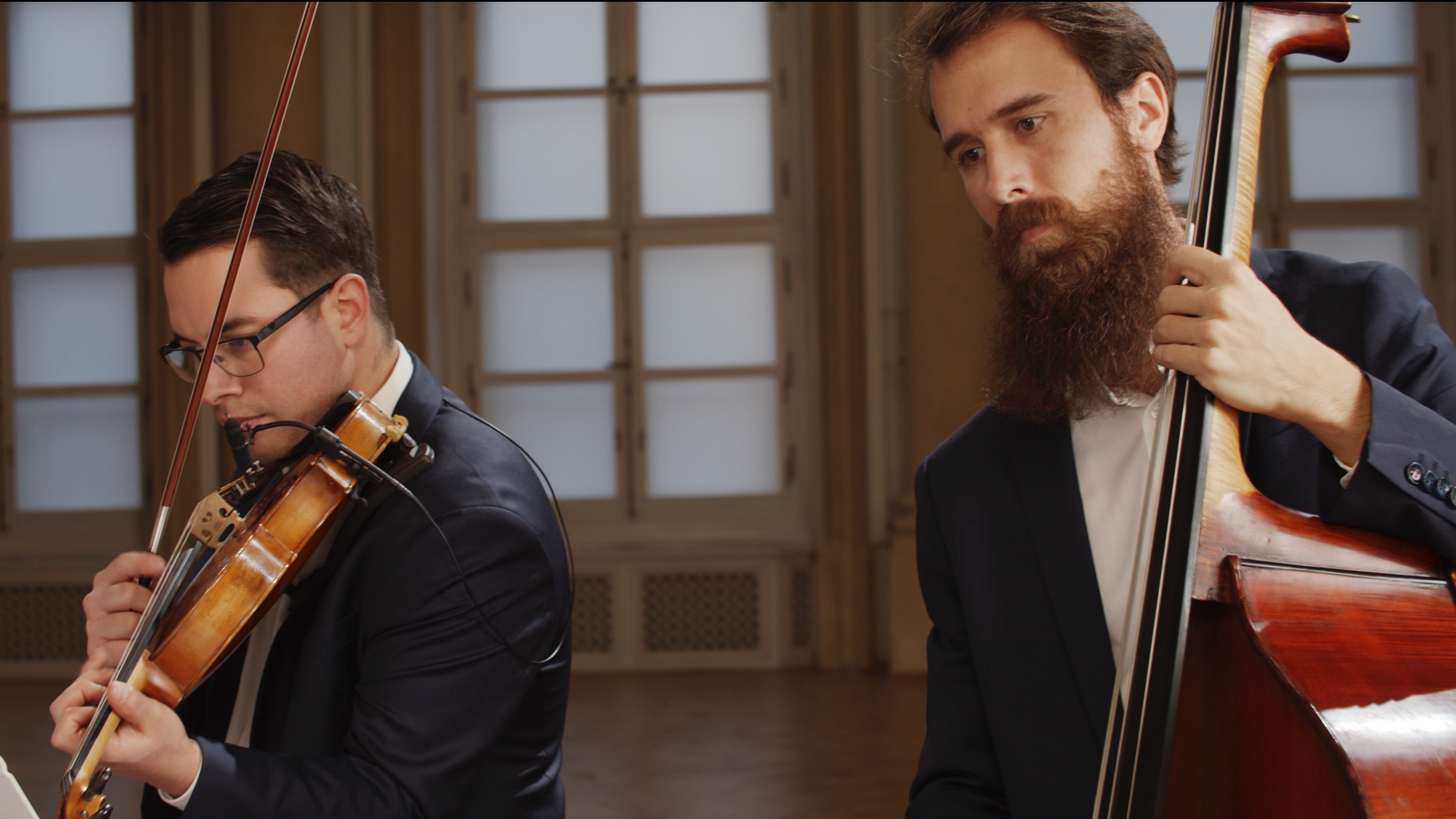 Summarizing and concluding, Giuoco Piano as a musical work introduces itself through a brave, innovative composing and performing mindset, which seems to be of rich potential. It is a fascinating first step of more intriguing music we hope to come. Don't forget to enjoy with your best sound equipment, so that you don't miss a frequency! 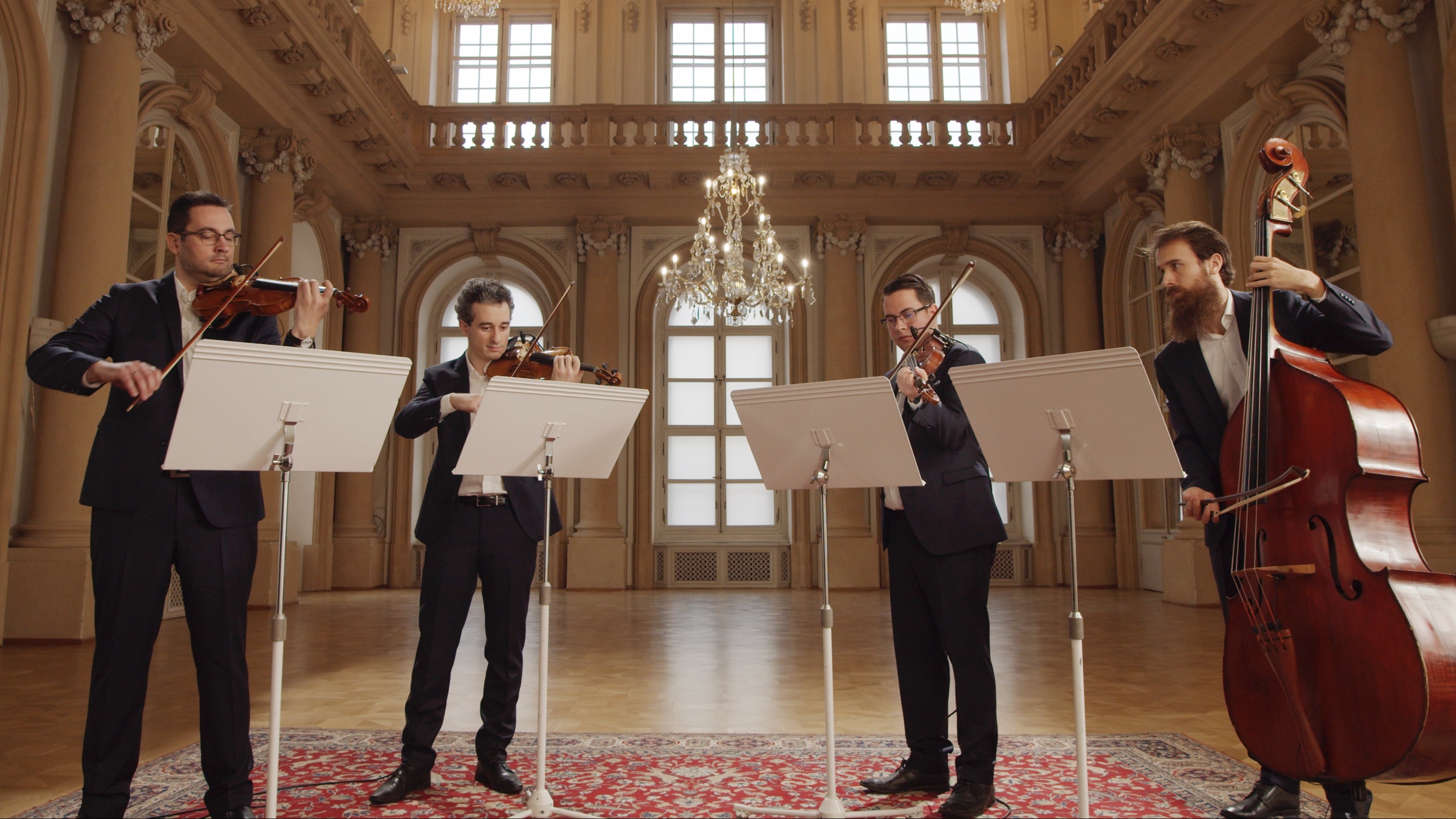