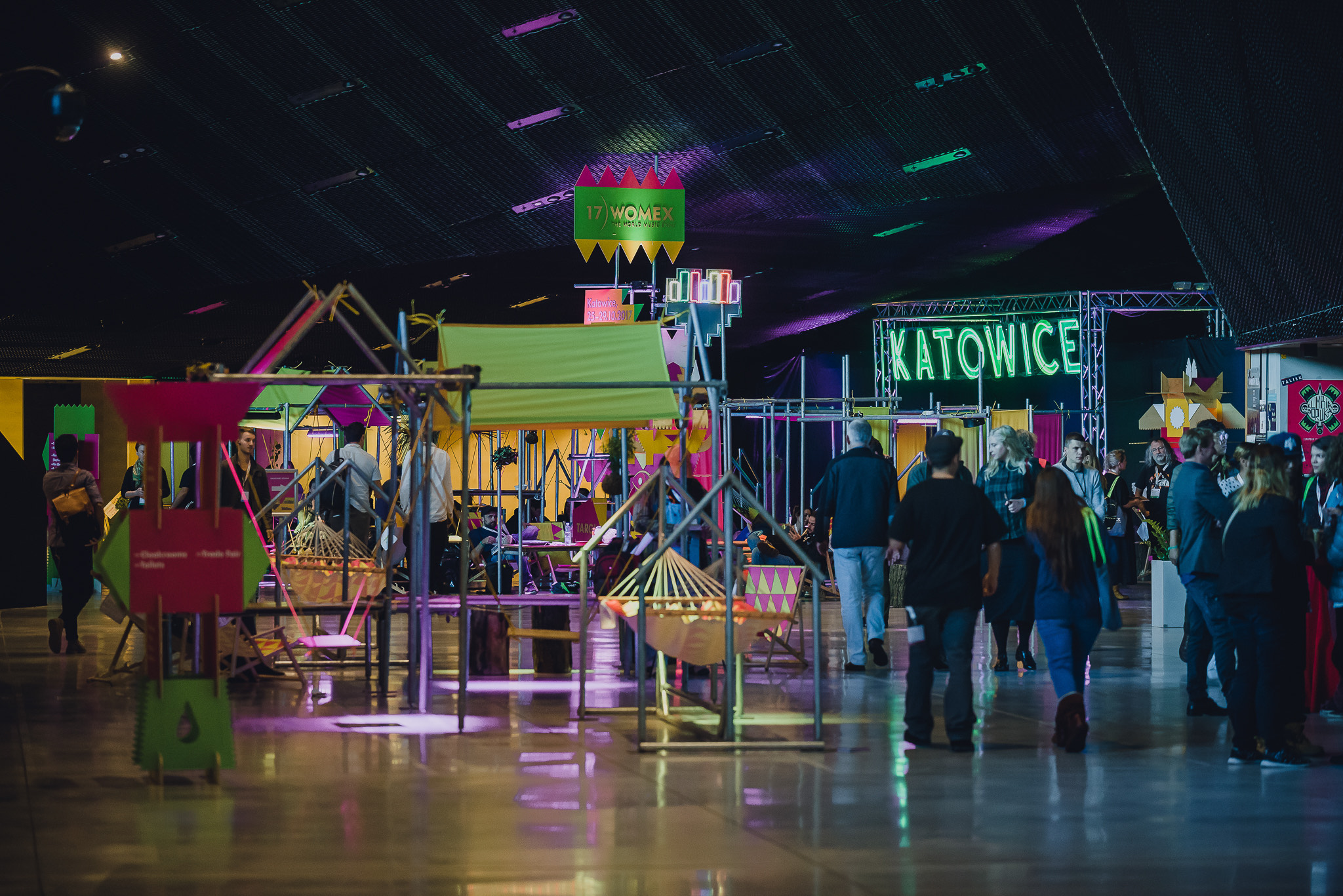 We picture Katowice as an industrial city, although since 2015 it proudly bears the title UNESCO “Creative City of Music”, in 2017 it hosted WOMEX and is renowned for its large-scale music festivals as well. Over the last years the capital city of Upper Silesia has become one of the largest cultural centers in Poland.
We asked Martyna Markowska - head of programming at the Katowice City of Gardens Cultural Institute - about the City of Gardens.

Katowice used to be known as an industrial city, however in 2015 it was titled as UNESCO Creative City of Music. How would you describe the present character of the city? How did these changes happen, what were the most important steps in your view?

‘Post-industrial’ is perhaps still the best adjective to use while writing about the city. Keeping traditions (and coal industry, whether we want it or not) alive, but developing them in a creative way, that would be the shortest description. The changes came along with changing the industrial era into establishing new academic, artistic and social qualities. Katowice, founded in 1865, has had music traditions both in the professional and unprofessional sectors, so the idea to legitimize the title ‘City of Music’ was a natural consequence. Years of preparation led to the final step and here we celebrate the 5th anniversary of being UNESCO Creative City of Music.

You are the head of programming at the Institution of Culture City of Gardens, the largest cultural hub in Upper Silesia. The city itself also was a candidate of the ECC 2016 with the slogan: City of Gardens. What is the message of the name? What mission does the cultural centre have?

The concept of ‘city of gardens’ or rather ‘garden cities’ originates in XIXth century urban theory by Ebenezer Howard. It has less to do with gardens understood as the green space, but rather plays the role of building a new society based upon a progressive order of the urban space, including easy accessibility for all citizens. This is our mission as the institution of culture ‘Katowice City of Gardens’ - creating and producing urban culture accessible for everyone, educating and supporting every social group with special programs for the marginal group.

The place is open for all kinds of art, it is truly multi-faceted. As you are educated and experienced in several types of art (music, literature, visual arts), how do you see the importance of the parallel presence of the different art forms and its influence on the audience and/or the artists?

Interdisciplinarity has been indeed my main theme for years, both as an academic researcher and for a curator, so to speak – both in theory and praxis. My education is visual arts and literature, but I have worked in the music environment for 17 years and for me that's the best option to get to a broader audience, to open horizons, break artistic barriers and social boundaries. Last year the motto of the JazzArt festival that we organized was Miles Davis' ’You should never be comfortable, man’. Especially in those difficult times.

Speaking about music, what music genres appear in the Institute’s schedule? Is Polish traditional music also present in the programme? How popular is folk and world music among the Polish audience?

Our activity covers all genres significant for the region, but also placing them in global context. Improvised music, blues, experimental, brass and roots, electronics, classical and contemporary – as a team we are involved in different activities. Folk and world music is mainly presented via platforms such as the world music festival Gardens of Sounds and Czech Music Crossroads where we play the role of a Polish partner. Upper Silesia is not famous for its folk music, but we do support local bands and their projects working in the field. Obviously, the genre itself is still underground in Poland, but has a very dedicated and active group of musicians and listeners.

You were one of the organisers of WOMEX 2017 in Katowice. After more than two years, how do you think the festival affected the Polish folk and world music scene?

Definitely not enough. There is always more to do to popularize folk and world music and the message that this music brings to the world. Sadly, we didn't manage to maintain the success that Polish WOMEX could generate, as it happened in Budapest after WOMEX in 2015 by setting up a new quality – the Ritmo Festival with a strong educational and promotional component. As an environment, we aren't unified enough to keep the contact and common projects, we are too spread out geographically and culturally and there is definitely much to do for Polish music in general. WOMEX was the highlight, but we do need to improve our smaller activities on a regular basis.

In Poland jazz culture is naturally present. What is the situation with traditional / folk music? How do you see the crossover of the two genres? Does it have a past or is it a new phenomenon?

This year at JazzArt Festival we will present a new album by jazz pianist Łukasz Ojdana called ‘Kurpian Songs & Meditations’. That's one of many great evidences how vivid those fluctuations are. Influences between jazz and folk music have always been present, but it evaluates and at the moment projects by Maniucha Bikont, Polmuz, Koń, Marcin Masecki, Raphael Rogiński and many others are great examples. Not only Polish folk is being explored in their music though.

As a jury member you took part in various jazz festivals / events internationally. Do you see major differences in how a given nation relates to their folk traditions within jazz?

Yes and that's always a brilliant discovery. The more edgy the project and more open in approach, the more interesting for me. We can always count on cimbalom in Slovak jazz, for instance, flamenco in Spanish jazz, traditional Norwegian songs in Norwegian jazz etc., but the important is how those motives, instruments and traditions are used in a new way.

Unfortunately, we cannot get around the question: how does the recent situation affect the institute, and the Polish art scene generally?

Polish art scene suffers from much worse concern about culture than in Germany, Denmark or other European countries, unfortunately. The government, but also municipalities didn’t take immediate action to save artists and cultural initiatives and we experience lack of understanding, empathy and consciousness how valid is culture is in quarantine. Artists are being left without support and only now, very slowly, first steps are being taken by the Ministry of Culture and regional administration to help. 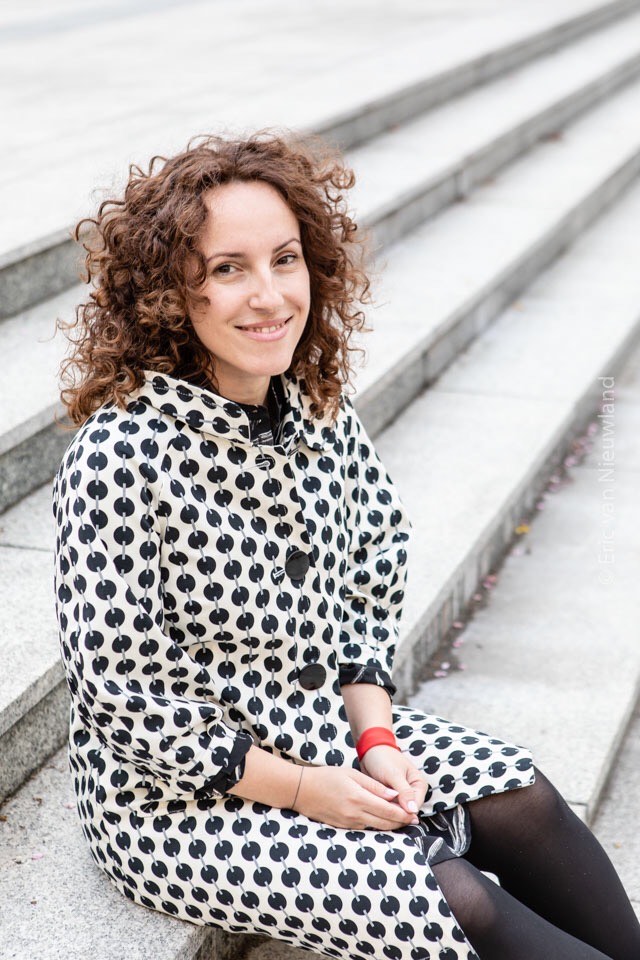 Martyna Markowska – cultural researcher and critic; head of programming at institution of culture Katowice City of Gardens since 2013; artistic director of Katowice JazzArt Festival and World Music Festival Gardens of Sounds; member of several jury commissions of world music and jazz festivals and showcases; Board Member of Europe Jazz Network

THE INTERVIEW WAS SUPPORTED BY THE WACŁAW FELCZAK FOUNDATION