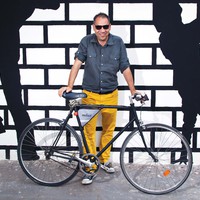 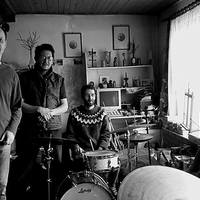 A good 20 years ago we were shooting a film in the village of Csenyéte, the place known for immeasurable poverty and hopelessness in the county of Borsod, somewhere in the Cserehát-region. Mine was a minor role in the film, but I was also responsible for the soundtrack, so the crew and I set out to record a few local songs to serve as musical background to the film. Our grand discovery was the song called “Megjöttek a csenyéti fiúk” (“The Boys from Csenyéte Have Come”), it struck a chord with the place, had a sweet tune and a harmonic development.

Later when the film was made and the soundtrack was published on CD, while listening, once a friend of mine asked me why we had selected songs from the “Ormánság”, a region situated on the other side of the country. It was a strange moment of clarity: I felt the importance and nature of migratory songs more up close and personal than ever before. Since then I have known that Gypsy music cannot be clearly described, it defies attempts at defining its character. And now there are two albums that make me think these vocalized moods are somehow omnipresent: in you, me, everybody.

At first it may seem that the two albums “Elindultam hosszú útra” (“Set Off to a Long Road”) by Kanizsa Csillagai and “Romanimo” by Mónika Lakatos have nothing to do with each other, formally. One is fun dance music, the other tells heartfelt tales of Gypsy fate, humanity, in the form of an artistic listener’s anthology, essentially. One is more Boyash in style, the other contains songs of Vlax Romani: we might think the motivation was different for both pieces, still it feels as if the many pieces of a really powerful musical culture were combining. The band Kanizsa Csillagai turns 25 next year, their activities include, apart from making music, tradition conservation. Originally, Bahia published their albums and this shows that Kanizsa Csillagai had in fact reached urban intellectuals, or we can boldly say: impregnated them; they did so with their innate aptitude to grasp and present important humanistic values.

The Horváth family’s music for a while left my focus, but upon hearing the first tunes of the album, their unique character of musical storytelling was instantly evoked. We can hear outstandingly pure primary and secondary singing voices, the women, Lola and Ibi both have voices of exceptional quality and expression in this musical scene; this is a great achievement within the domain of Gypsy music. The heart-wrenching and goose bump-evoking atmosphere is almost beyond description, this is music-making from the deepest carnal recesses. Vocal thirds, contra singing, the swaying momentum of rhythm, and the not-so-oft emphasized instrumental aspect in Gypsy music blend together perfectly and allow for the entire album to be played at a gig. It works the other way around too: where the Kanizsa Csillag’s new album starts playing, expect high spirits throughout the evening. The cajón and the accordion is an unorthodox couple, and the bouzuki points to south of us, calling attention to the extended nature of Gypsy culture in geographical terms as well. Here, traditions are not only kept alive, but are reimagined and revitalized too.

The more recent period of Mónika Lakatos’ life story revolves around becoming a star. Her unique voice we could first encounter from Romengo, but she fares well as a solo singer too. Let’s put it out there straight: Mónika Lakatos has become a brand and a point of reference. Her new album that premiered at the Ritmo Festival is unparalleled: she sings Gypsy “hallgató” songs and ballads that kept their innate characters, how they have sounded originally, albeit having been gently retouched.

Why is this important as we speak? Important, as the 16 songs (2 of them are being sung by Józsi, Mónika’s father from archived records, one by Lulugy, Mónika’s aunt, and one by Mónika and Lulugy together) tell tales about releasing pain, about Gypsy fate, about fundamental human values, about humans themselves. Mihály Mazsi Rostás accompanies superbly on the guitar and the tambourine and elevates the melodies to an almost gaunt dimension, though, the songs are only formally such: their mode of presentation urges listeners to “face the music”. Producing an album that comprises songs with an almost unrealistic slowness is close to being inexplicable nowadays; the authors were only able to realize this effort by knowing exactly what was to be born and expected an impact for their “hallgató” songs and ballads that is nearly beyond the domain of music. Really slow songs –if presented well- are capable of melting away rhythm and melody until we are left with bare emotion.

Mónika was born with her voice waiting for her and her only. It is a kind of voice that many died singing. I have never heard a song that touched the topic of the Gypsy Holocaust, on this album it is happening. Alone we are with Mónika’s voice, as rhythm melts away, melody turns into a sort of weeping rubato-speech, while rain falls in the background. You find it hard to speak, hard to look away from the camp where we stand, abandoned; the hymnic-painful elevation brings absolution about. Mónika Lakatos on the “Romanimo” album has much to tell about the Gypsy spirit.