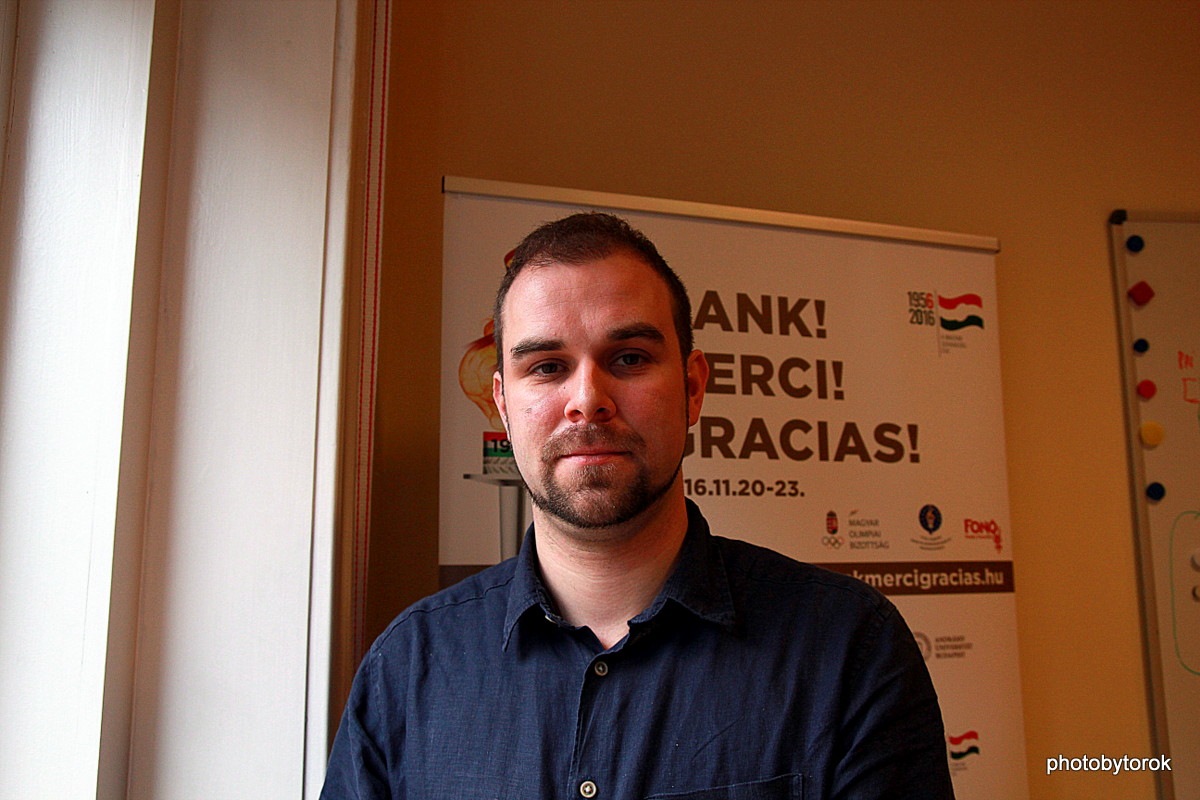 Mihály Rosonczy-Kovács is a musician of the Hungarian FolkEmbassy , a folk band, and of Romengo, a world music band that draws on the oláh-gipsy traditions. He is the head of the Philidor Institute, which also functions as the foreign relations bureau of Fonó Music Hall. He was interviewed on the occasion that he initiated the launch of an international award for the lifetime achievements of performers who play authentic folk music. The initiative received wide support.

Mihály Rosonczy-Kovács stresses the importance of making a clear distinction between world music and authentic folk music.
“World music is basically for ears conditioned by the music of the 20th and 21st centuries, by its acoustic effects and pace. If we accept the minimum definition of world music that ’any music, that contain traces of folk music’ and take it as a departure point, then this genre of art is in possession of all the tools for commercialisation in terms of harmonies, rhythm or volume (although many refrain from the use of these tools).”

“It is very difficult, almost impossible to familiarise with and learn to appreciate folk music when your ears are trained like this,” he says. “The world where folk music was born is distant by now, and you need to devote a lot of time and attention to it before it opens up. The beauty of folk music lies in delicate figurations and small details in rhythm, which can only be appreciated by a mature, self-learning audience.” In this respect, folk music compares to classical music.

Those who oppose the distinction made between folk music and world music often argue that folk music, similar to world music, also developed through the combination and integration of effects from a variety of music that was popular at a specific time. However, in the view of Rosonczy-Kovács, the definition by Béla Bartók offers a good answer to this question: folk music is the music of a specific, long-existent community which has “a natural filter: a tune (it may even be one heard on radio) is adopted to their mother tongue, and if they like it, they will keep it, if disliked, they will throw it away. It is included in their own system of music and a judgement is passed. If there is no such a community, you cannot talk about folk music.”

The Hungarians are fortunate enough to have preserved folk music for such a long time: “technological and societal development disintegrated these communities but at the same time it also led people to record the music of these communities, which was to our benefit.”

One can observe two discourses about the relationship between world music and folk music, and both are reciprocally harmful in the opinion of Mihály Rosonczy-Kovács.

There is an approach taken sometimes explicitly, sometimes implicitly that sees folk music as the “entrance way” to world music. In other words, “whether you learn to play folk music properly or poorly, you will be able to come up with something that will be recognised by society and the profession.”

Many expect world music to “evangelise”, that is, “to offer people access to folk music.” However, “world music practically adopts tunes and the tone of instruments only. You can play pop music with folk instruments but that will not be folk music.” This is why it is doubtful whether the success of such bands will attract more people to dance houses for instance. The same goes for folk tunes, “I can acquaint people with tunes, I can offer a clear understanding, but people will not get closer to the beauty of folk music, that particular beauty I described earlier,” says Mihály Rosonczy-Kovács.

As Rosonczy-Kovács sees it, the relationship between international world music and folk music has been determined by the “zeal of the '68 generation” since the mid-1990s. “This is the period when it became extremely fashionable to put together different bands. I attended a conference in 2000 and the performance of a 'European folk band'. They were really able to play together, but they could only learn the simplest tunes from each other during the week that was available to them. The music they played was far less interesting than playing individually a native folk song about love for instance.”

Mihály Rosonczy-Kovács stresses that reinforcing our own identity in the context of Europe should be our aim. „This is why we set up the Philidor Institute. We intend to release publications and organise programmes in order to disseminate existing scientific findings to the general public. We wish to present that this is what Hungarian music is like, but it cannot be understood without knowledge of the music of our neighbours. For instance, Transylvanian music would not exist without Romanian, Roma, Jewish, Saxon or Hungarian communities, and all of them should be proud of this. Then all this can be placed in a European context: the jumping dance (ugrós) in Somogy county, Hungary, is related to the Renaissance dance saltarella, turning couple dances (forgatós) in Székelyföld, eastern Transylvania, derive from the German Baroque dreh-tanz. We should offer a concrete example for the European Union motto 'united in diversity' and show what we have as contribution to the European identity.”

It is not only the diversity of music that counts, “music by nature is not about cultural introversion but about the different ways people can experience the same thing, we sing differently, but we sing about the same feelings,” he says.

It was Mihály Rosonczy-Kovács who came up with the idea of launching an international award for performers who play authentic and genuine folk music.

“I offer a private donation of HUF 100 000 for the launch of the Neti’s Musics of the World Award, which is named after the famous Gipsy band leader from Kalotaszeg/ Țara Călatei, Transylvania,” announces Mihály Rosonczy-Kovács. So this is not a “world music” award, but a “musics of the world” award. Many people have indicated that they agree with the idea, and offered (financial and other) support. The award is international for various reasons, “I am a folk musician myself and how would you judge if I set up a jury to decide about an award for Hungarians?” Rosonczy-Kovács put up the question. Of course, the prestige of the award or its survival depends on a number of factors. Funds need to be raised and an international advisory board should be set up (whose members could meet at least once a year in order to discuss pros and cons about potential candidates). And of course the list of awardees is the hallmark of the award. Fonó Music Hall is already one of the supporters, but a lot of work needs to be done before the first award ceremony in 2019.

The award is international, still it is connected to Hungary „thanks to the wealth of its collected folk music, Hungary is in a position to announce such an award. And of course this is only one award, similar awards can be launched elsewhere as well.” The award recipient band will give a performance in Hungary too.

When a Hungarian award gains international prestige and news value, it will send the message all over the world and (through this) in Hungary as well that it is a worthwhile endeavour to work with authentic folk music. And the list of awardees will hopefully suggest that “it is a good idea to reinforce our identity with our own culture,” and will highlight that “how similar human sentiments are that lie behind various approaches to music. And then we can take a relief that world peace can be safeguarded not only by a mixing up different types of music, instruments, and cultures, but also by presenting them in their original form and place of origin.”